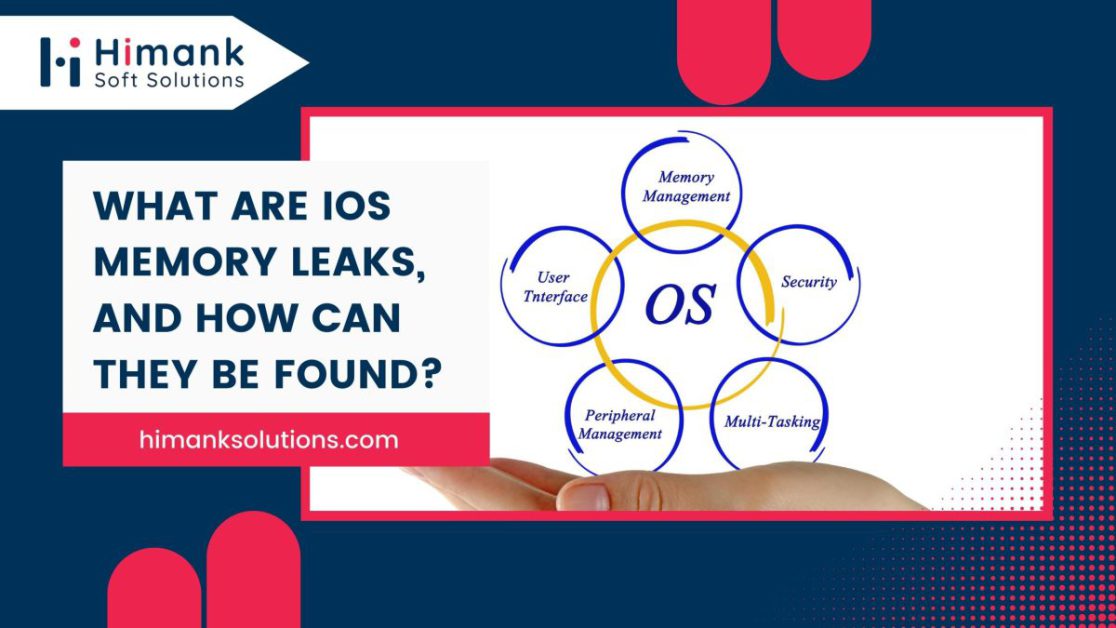 Two of the most significant issues with performance management for iOS developers are leaks and retention cycles. What precisely do these problems entail, and—more? Importantly—how may iOS memory leaks be found?

iOS memory leaks and retention cycles can negatively affect app optimization, resulting in increased memory usage, unpredictable crashes, and subpar performance. The fact that memory leaks aren’t always straightforward problems makes this situation worse. They may be challenging to identify and resolve, mainly when dealing with a big, complicated program.

By carefully reading our guide, you’ll be able to identify memory leaks and learn how to spot them using Xcode tools.

A memory leak is what?

A memory leak is when your app no longer references a memory space that was once allocated but never released. This indicates that the memory cannot be used again without some intervention. We must first describe how iOS’s Automatic Reference Counting (ARC) system manages memory to comprehend memory leaks completely.

How does iOS manage memory?

On iOS, ARC manages memory by keeping track of the number of times an instance is referenced. These references can be weak or strong; when a firm reference is declared, the counter rises by one. The counter is reduced by one when this instance is released. As a result, when the counter reaches 0, ARC can free it from the memory heap because it isn’t being used now. On the other hand, weak references do not raise the counter and are relinquished automatically when it reaches zero.

It can be challenging to notice possible issues with weak and strong references, but they are generally simple to fix. Retain cycles come into play here.

How can these memory leaks in an iOS app be found?

The Instruments app in Xcode and the Analyze functionality are the two primary methods for finding memory leaks on iOS, as was described in the introduction.

making use of the Xcode Memory Graph tool

With the Memory Graph debugger, which Apple introduced in Xcode 9, developers may halt the execution of an app and obtain a snapshot of the current memory state, and memory leak detection has become simpler. From there, it is possible to access a list of every item in the memory heap. By selecting an item, a backtrace of the object, as well as all the objects that are referencing it, are displayed.

Run the application, traverse through all potential flows by opening the same view controllers multiple times, then use the memory graph debugger to examine the memory heap to find memory leaks thoroughly. The next step is to find any things that shouldn’t be in the memory heap at that moment. For instance:

However, you should always verify if this is a memory leak or a false positive. The memory debugger should be able to identify potential memory leaks and display a purple exclamation mark beneath them.

You’ll need to enable a few settings in Xcode to activate this. Additionally, it’s important to remember that you’ll need to turn off these settings once you’ve finished debugging because doing so will hurt performance.

In Xcode, the Analyze tool is a feature for statically examining code after possible memory leaks. After the analysis is complete, a list of dubious locations in the code is sent to the developer.

Finding memory leaks in iOS applications with Xcode and Analyze is helpful. Although these tools are only sometimes ideal for finding iOS memory leaks, a skilled developer can compensate for these minor drawbacks. Memory leaks can have various adverse effects, from a slight decline in app performance to a complete failure of the program. For this reason, developers must identify and resolve these problems as they manifest.