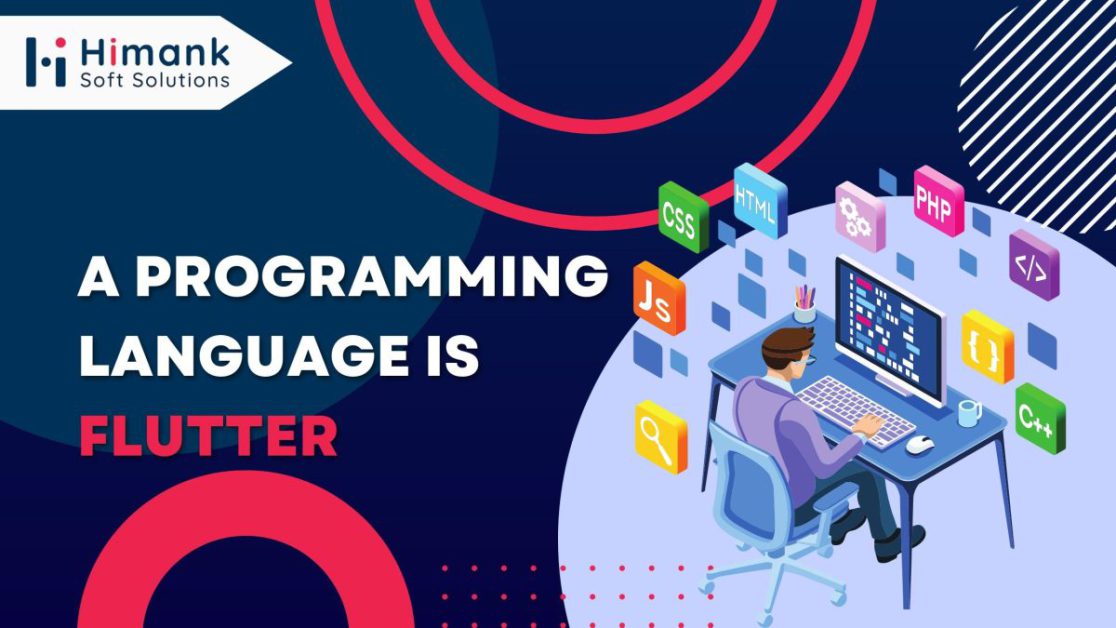 We’ll look more closely at the guiding principles behind Flutter to determine whether calling it a programming language is accurate as it grows in popularity and replaces other technologies as the standard for creating mobile apps.

Flutter: What is it?

Building native-looking iOS and Android apps from a single codebase are possible with the help of the open-source framework Flutter. Over 100,000 apps have been developed since Google first introduced them in 2015.

Flutter is well-liked for a variety of reasons. With Flutter, you can create apps for various operating systems quickly and efficiently while maintaining native functionality and visual coherence across platforms. Additionally, it has a hot reload feature, which updates UI content automatically whenever the code is modified, facilitating more accessible coding.

What kind of programming language is Flutter?

To communicate with the native layer, Flutter does not use a bridge (such as Android or iOS). It reduces performance problems and speeds up app startup.

Since Flutter has its programming language, you’ll require Dart-programming developers to create your app. Dart is extremely simple to learn and quite similar to Java,.Net, Kotlin, Swift, or JavaScript.

An SDK is a set of pre-installed software development tools that makes it easier to create an app. Native and cross-platform SDKs are the two categories. Native SDKs are unique to each platform. Thus, you would have to start from scratch if you were to make an Android app using Google’s SDK and then want to create the same app for Apple’s iOS.

SDKs that allow for cross-platform development are also available. Among them is Flutter. Among the other well-liked choices are:

How Dart interacts with Flutter and what it is

Dart, the language used by Flutter, is “a client-optimized language for fast apps on any platform,” according to Google. It is object-oriented, exactly like Python, C++, and Java, to name a few. It compiles native ARM or x64 machine code in advance (and to JavaScript bytecode for the web). As a result, a machine cannot tell the difference between a Dart-written app and a native app.

Dart also has applications outside Flutter; Google engineers utilize it for several web and mobile apps, such as Google Ads. Google has a stake in the language, and for the time being, it appears to continue to do so as it develops. If you’re considering if you’re producing your software product utilizing technology that will continue to grow and not stagnate, that ought to be a key consideration.

You should use Flutter.

With Google supporting Flutter with many resources, there’s little doubt that this SDK will gain popularity among developers. There is no one-size-fits-all solution, and Flutter is not for everyone, so the question of whether you should believe the buzz is different.

At human solutions, we work with businesses of all sizes to provide mobile software solutions that meet their requirements. Get in touch with us if you’re considering the Flutter SDK or its language but need to know if you have enough experience. We’ve built apps in Flutter and can advise you on the best path to a fantastic software solution.