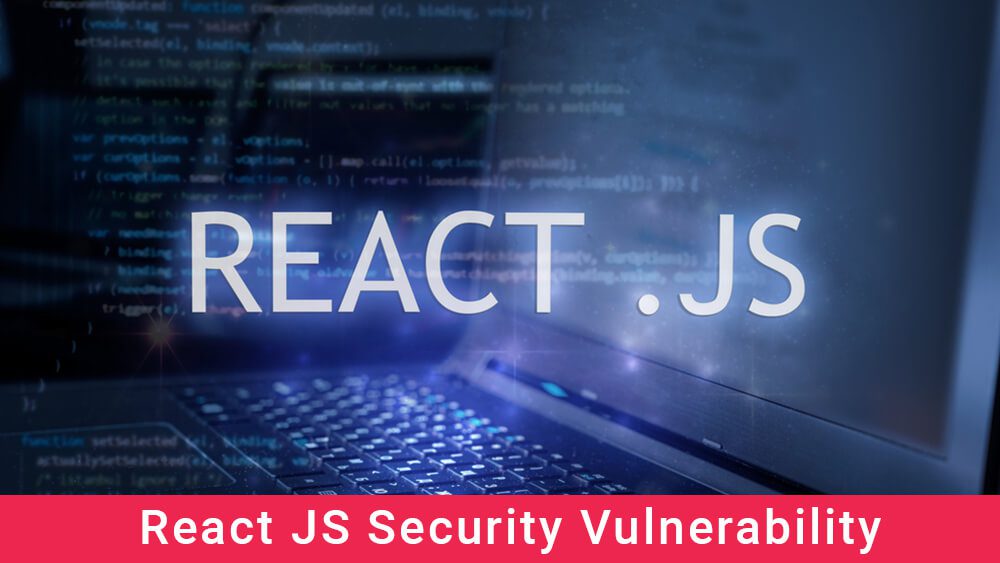 Security is like a key that the owner must control, and it is an essential aspect in building the foundation stone of your business. The high-tech features within the system get put aside when it comes to security because the latter is stated to be the top priority besides any other component.

Whether your business system is user-friendly or consists of high-tech tools unless it is secure, all such things go in vain because your data becomes accessible to multiple users or a third-party user who may use your business data illegally.

So application security is a must, and this is a known fact that React security best practices are gaining a lot of prominence within the coming years.

Because of the wide variety of features, it has supported not only the business owners with their design but also gives a seamless performance that is worth your consideration.

For your business, we give you such advantageous knowledge of React JS security systems within this article, scroll down and look for the best.

Why did React JS prove to be an extreme helping hand?

React JS is basically a widespread JavaScript framework beneficiary in the development of the web and helps in building sturdy and dynamic user interference solutions providing an atmosphere of excellent performance and meek scalability.

In all, React JS applies the formula of being simple, scalable, and speedy and such formalistic ideas have led this security application to be used by millions.

For anyone in need of a dedicated app to build a secured web application software, React JS is clearly capable of justifying its advantages with an approach of minimizing all sorts of issues by providing sustainable solutions.

Focus points in every Web Application

React JS’s web framework has been considered a prominent part of the app’s tech stack, but it is not always the case that React JS will provide an effective solution to tackle all kinds of problems.

Certain things must be kept in mind before acknowledging React JS as the security application; otherwise, there are chances that you may fall into security pitfalls.

We can’t deny the fact that React security best practices are gaining so much attention, which has made it a must to use app for encountering high-end security systems.

Still, certain flaws and exploited vulnerabilities should be addressed before proceeding with this security library.

The vulnerable situations that state that your application could welcome unwanted repercussions are:

The most common forms of attacks under cybersecurity

Although the application behaves under the secured environment with state-of-the-art faculties, there is a typical case that pops up every time in the system which tries to attack the safe surrounding of the React JS secured system and exposes react js security vulnerabilities. What is that case?

Well, elucidating the fact, it has been noticed that when the React best practices make an up gradation in the system, some react js security vulnerabilities go unnoticed in the latter, which may bring forth a massive disadvantage if ignored. The most commonly occurring four system vulnerability is as follows.

Suppose the condition gets undetected by the react web system owners. In that case, the perpetrator may even steal your business credentials and sensitive data, or at worst, the entire app could also get compromised.

To avoid such malware, you should not permit the browser with an invalid id whereas your development team can sanitize the data with sanitize tools.

Besides the four mentioned above, there are other forms of cyber-attack threats like SQLi, CSV injection, Arbitrary code execution, Zip-Slip arbitrary file write via archive, insecure randomness, resource downloaded by insecure protocol, and so others.

Such illegal actions against the working of a secured web application will only get diminished until the development team makes sure that the code is free from any vulnerability.

Already mentioned, the React js security vulnerabilities you could encounter in services, if ignored, may overwhelm your system. The vulnerability like

Benefits of holding a secure system with react JS

React.js is a powerful UI editing language worth learning while taking up app design as a profession. It also comes with the most significant availability of security. This means that by using react.js, only organization members will change the information on the UI.

This has proven to reduce the incidents of unauthorized personnel changing the System UI of an app without compromising the efficiency of the application itself. The authorized person must have the proper information to be updated whether he is working from home with proper setup or from the office.

React security best practices also include adding the two-factor authentication layer to the login page. This additional layer of user security is considerably helpful to people who share classified or confidential information—for example, a tech company.

React best practices give you a reliable, secured platform that requires cyber-security experts because it is complicated. By opting for the best developers, your application gets encrypted and secured HTTP headers and codes along with data validation and other things.

Henceforth, connecting to the technology and developers is the primary resource aiding in improving the working of React JS security application.

How do I make my Reactjs secure?

1. Make sure to use only the secure connection between server and client.
2. Try to use multi-factor authentication.
3. Validate the incoming URLs using HTTP or HTTPS protocols.
4. Be on alert while sharing your database’s Admin privileges.
5. Proper file structure also helps you to figure out any suspicious files.

What is vulnerability in React?

Whether your business system is user-friendly or consists of high-tech tools unless it is secure, all such things go in vain because your data becomes accessible to multiple users or a third-party user who may use your business data illegally.